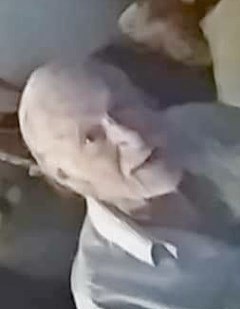 Billy Dain Estes died December 8, 2018 in Oklahoma City at the age of 79 years 11 days. Gravesite services are scheduled for 12:00 (noon) on Thursday, December 13, 2018 at Hillside Cemetery, entrusted to the care of Wadley’s Funeral Service.

Bill was born November 28, 1939 in Washington, Oklahoma to Halsey and Gladys (Smith) Estes. He was raised in the Purcell area, graduating around 1957. Bill married Cecilia Cardinal on April 28, 1964 in Indio, California. The couple made their home in Oklahoma City, Oklahoma and were married for 45 years before Cecilia passed away in 2009. They were avid bird watchers. Bill was a handy man, and could build just about anything. He loved hunting, fishing, and listening to the Blues. Bill worked as a Painter, painting airplanes and automobiles.

Bill is preceded in death by his parents, Halsey and Gladys; his wife, Cecilia; his sisters, Mary Cardinal and Nancy Hibbs; a child and a grandchild. Survivors include his daughter, Diane Estes; sons, Leroy Estes and Sheldon Estes and spouse, Marilyn "Kay"; grandchildren, Stephanie, Monique, Kenneth, Sheldon "Tez"; great grandchildren, Layzhia, Niah, Lily, Nikhai, and many other relatives and friends.

To order memorial trees or send flowers to the family in memory of Billy "Bill" Estes, please visit our flower store.