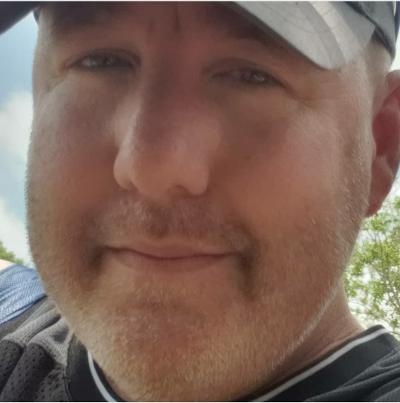 Brian Lee Townsend died July 7, 2020 at his home in Purcell at the age of 46 years 1 month 9 days.  Memorial Services are scheduled for 2:00 PM, Saturday, August 15, 2020 at the Weaver Pavilion in Chandler Park.  Interment will be held at a later date at Hillside Cemetery, entrusted to the care of Wadley’s Funeral Service.
Brian was born May 29, 1974 in Mesa, Arizona to Donald Wayne and Bonnie Kay (Christian) Townsend.  He was raised all over the country while his father was in the military, graduating from Lexington High School in 1992.  He was inducted into the United States Air Force on March 31, 1993, serving as a Crew Chief during Operation Desert Shield/Storm.  He was honorably discharged on September 23, 1994.  As a civilian, Brian worked at the Altus Air Force Base.  He married Mistie Sargent in Lexington, Oklahoma, and had 3 children, Victoria, Brian and Kaydence.  After the couple divorced, Brian married Kristy Reed on November 21, 2018 in Purcell, Oklahoma, where they made their home.  Brian loved fishing, camping, hunting,  playing video games, and spending time with his family.
Brian is survived by his wife, Kristy Townsend; his father and stepmother, Donald and Brenda Townsend; his  mother and stepfather, Bonnie and Otis Kingsbury; his children, Victoria, Brian, and Kaydence; his stepchildren, Amber, Corrin and Sophia; his brothers, Wayne Townsend and Lon Townsend; numerous  niece, nephews, and other relatives and friends.

To order memorial trees or send flowers to the family in memory of Brian Townsend, please visit our flower store.