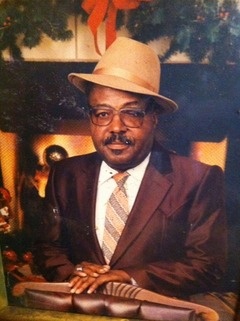 Carl was born December 24, 1925 in Kermit, Texas to Braxton and Ruby (Shedrick) Cook. He was raised and attended school in Kermit. In the 1940's, Carl moved to Purcell, and worked as a Civilian Steel Contractor for Tinker Air Force Base for 32 years before retiring in 1982. Carl married Anna Dell in August 1947. She passed in 1982. In 1995, he married Francis Love. She passed in 2002. Carl enjoyed fishing, tinkering on things around the yard, and spending time with his grandchildren. He was of the United Methodist faith, enjoyed going to church and was a member of the Bowman Chapel in Purcell.

To order memorial trees or send flowers to the family in memory of Carl Cook, please visit our flower store.