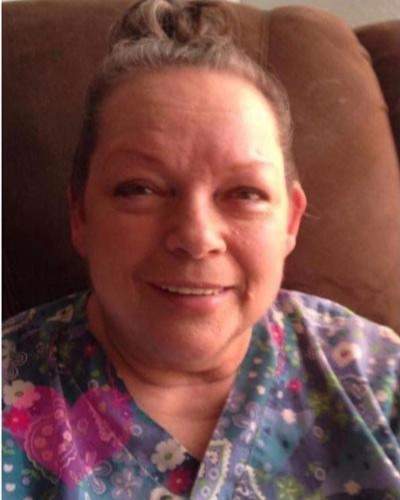 The Cross Church of Noble

Carol was born July 18, 1947, in Oklahoma City, Oklahoma to Robert and Cleo May (Partridge) Henricksen.  Cleo then married Lonnie Milburn when and Carol was 2 years old, and Lonnie adopted her as his own.  She grew up in different towns in the metro area before her family settled in Norman, where she completed high school in 1965.  Carol continued her education at Moore-Norman Technology Center.  She enjoyed Karaoke and singing anything Patsy Cline.  Carol loved ABC soap operas, and spending time with her kids and grandkids.

Carol is preceded in death by her father, Lonnie Milburn; her mother, Cleo Jessup; her grandmother, Mary Henricksen; her brothers, Bobby Milburn and Jerry Milburn; and her grandson, Joshua Collins.  Survivors include  her son, James Collins of Elko, Nevada; her son, Rocky Dodd of Hominy, OK; her daughter, Laura Houck of Norman; her daughter, Leisa Barlow and husband, Monty of Norman; her son, Shawn Owen of Lawton; her daughter, Launa Henderson and husband, Derek of Lexington; her sister, Sherry Payne and husband, Chris of Chickasha; her brother, Lonnie Milburn and wife, Vicki of Slaughterville; 48 grandchildren; 54 great grandchildren; and multiple men and women Carol considered her own children, as they were always welcome in her home growing up, along with numerous other relatives and friends.

To order memorial trees or send flowers to the family in memory of Carol Sue Owen, please visit our flower store.

The Cross Church of Noble