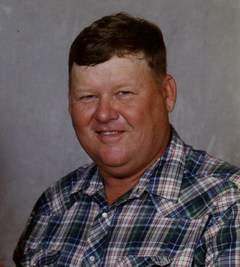 Charles "Chuck" Merlin Rosenfelt passed away October 19, 2016 at his home in Slaughterville, OK at the age of 60. Funeral Services are scheduled for 4:00 PM, Tuesday, October 25, 2016 at the Noble Church of Christ. Interment will follow at the Denver Cemetery in Norman, entrusted to the care of Wadley’s Funeral Service.

Chuck was born September 17, 1956 in Norman, Oklahoma to Raymond and Clara Mae (Givens) Rosenfelt. He grew up in Little Axe, where he graduated from 8th grade before attending Noble High School, graduating in 1974. Chuck met the love of his life, Dennese Harrington, in the fall of 1974, and were married October 24, 1975. They set their goal for 50 years of marriage, and then they would evaluate their health and set a new goal. They had two children, a daughter, Amy, and a son, Andy. Chuck was a proud grandpa to a sweet little granddaughter, Miss Audrey. He worked many years in the oil field, earning a good reputation with many co-workers. Chuck believed in a strong work ethic, saying his hands couldn’t be lazier than him and he wasn’t lazy. His favorite job of all time was farming. Chuck loved cutting and baling hay, and messing with the cows. He was always working on a tractor or creating things in his shop. Chuck enjoyed attending his brother Mike’s Farm Auctions, and also enjoyed watching westerns on television. Chuck was a good man and an amazing dad who loved his family.

In lieu of flowers, the family asks that donations be made to the Noble High School Alumni Association or to the Lou Gehrig Society.

To order memorial trees or send flowers to the family in memory of Charles "Chuck" Rosenfelt, please visit our flower store.