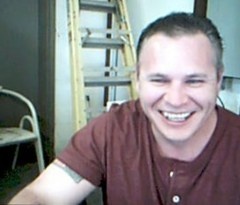 Chris was born November 9, 1972 in Springfield, Illinois to Steven McLean and Kathryn Berndt. He was raised in Illinois and Lawton, graduating from West Moore High School in 1991. Chris then enlisted in the United States Army, where he served during the Gulf war and was honorably discharged in 1993. Chris enjoyed working and was a Sales Representative for Pepsi for many years. He loved hanging out with his family and friends, and giving them a hard time. He put others needs ahead of his own, helping when and where he could.

To order memorial trees or send flowers to the family in memory of Christopher Von Werder, please visit our flower store.