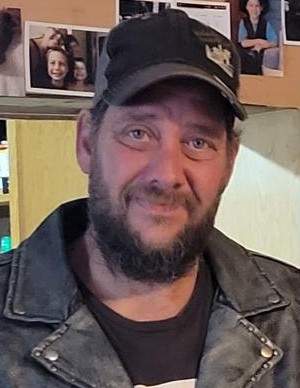 Casper was born June 10, 1976 in Oklahoma City, Oklahoma to Ralph and Twila (Payton) Gilbert.  He was raised and attended school in the Harrah/Jones area.  Casper was a handyman and jack of all trades.  He loved the outdoors, fishing, camping and riding motorcycles.  Casper could fix anything, and would help anyone in need.  He was described as “marching to the beat of his own drum”, and was proud of his Choctaw heritage.  Casper meant the world to his family, especially his nephews.  He often filled in as the “father figure” to them and others.  Casper and his sister, Rachel had a special bond, and often confided in each other.  He was adventurous and enjoyed going on life adventures with his son.  He loved, more than anything, spending time with his family.  Before Casper became ill, he had planned a “boys trip” to float the Illinois River with his son and nephews,  He then found out about his illness, and this trip turned into his last family trip on August 19.

To order memorial trees or send flowers to the family in memory of Christopher "Casper" Gilbert, please visit our flower store.