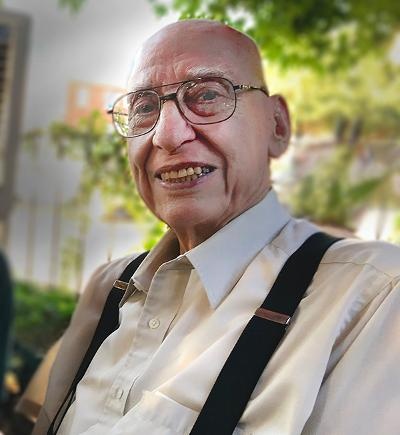 
Claude Dwain Roswurm passed away on July 4, 2021 in Norman, Oklahoma at the 89 years 10 months 18 days.  Memorial services are scheduled for a later date in his beloved Flint Hills, entrusted to the care of Wadley’s Funeral Service.

Claude was born at home in the Kansas Flint Hills on August 17, 1931. He was the only child of William (Bill) & Hazel Sillyman Roswurm.  Claude worked with his dad on the Merrill Ranch & graduated from Council Grove High School. He was drafted into the US Army during the Korean War, serving in a special engineering unit attached to the US Air Force in California. Claude married the love of his life, Melba Ernst, in 1954 while on leave from the Army. He graduated from Kansas State University with a BS degree in Technical Agronomy in 1960.  Summers in college were spent working for the Soil Conservation Service in Cottonwood Falls & Eureka, Kansas, & for the Forest Service in Woodland Park, Colorado. After graduation,  Claude began his long career with the Bureau of Land Management as a realty specialist, wildland fire fighter and right of way negotiator which took Claude, Melba, and their children from Kansas to live in Colorado, Wyoming, South Dakota, & Montana. After retiring from the BLM in Billings, MT, Claude formed is own right of way company & worked as a right of way specialist all over the United States. In 1995, he & Melba returned to live in Americus, Kansas. They relocated to Goldsby, OK, in 2015 to live with their son & his family.  Throughout his life, Claude was an active member of many Masonic bodies including the Masonic Lodge, Shriners, and Eastern Star in Dillon & Billings, MT; Belle Fourche, SD; Americus & Emporia, KS; and Washington, Purcell, Lexington & Norman, OK.  He served in many positions with each, culminating as Montana’s Worthy Grand Patron. In addition to his Masonic work, Claude was also an active member of the First United Methodist Church, Optimists & Kiwanis clubs. He served on local government & community boards in Billings, MT, and Americus, KS.  Claude was a dedicated family man who found great joy in being outside - whether it was rounding up cattle in Kansas, hiking in the mountains of South Dakota & Montana with his family, working in his yard & garden, giving hayrides to his grandkids in Kansas, or simply watching the horses in the field behind his house. His smile was infectious, and his friendly personality was hard to forget.

Claude is preceded in death by his parents and his loving wife, Melba.  Survivors include his daughter, Nancy Wistrand and husband, Scott; and their children, Kyle and Hannah;  his son, Scot Roswurm and wife, Jenni; and their children, Sam (Kate), Jesse (Amy), Seth (Bree), Jake (Amy), Steve and Katie; and his 6 great grandchildren.  Claude was dearly loved by his immediate family, his extended family, and his many friends.

Claude will be returned home to Kansas to be interned with his wife and parents in the Americus cemetery.

To order memorial trees or send flowers to the family in memory of Claude Roswurm, please visit our flower store.