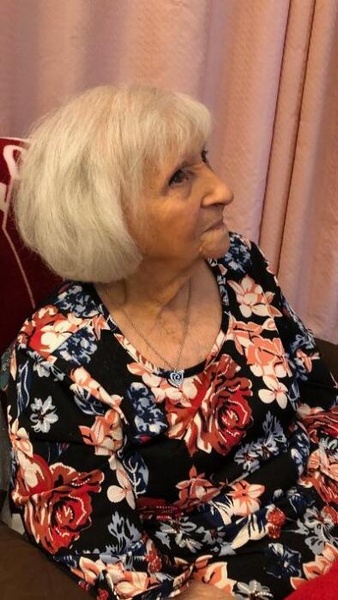 Claudine King died July 22, 2022, in Blanchard at the age of 91 years 5 months 4 days.  A Private family Graveside services is scheduled at Hillside Cemetery, entrusted to the care of Wadley’s Funeral Service.

Claudine was born February 18, 1931, in Rosedale, Oklahoma to Claude and Virta Belle (Patton) Noland.  She was raised in Rosedale, spending a short time in California, before graduating from Rosedale around 1949.  She married George Allen King on January 1, 1950, in Purcell.  Claudine worked many years as a childcare worker at McFarlin United Methodist Church Daycare in Norman, and in some cases cared for 2 generations of children.  She was a homebody, who enjoyed spending time with her family and attending family reunions.  Claudine enjoyed watching anything OU especially Sooner football.

Claudine is preceded in death her parents; Claude and Virta Noland; her husband of 46 years, Allen King; and an infant son.  Survivors include her daughter, Alana Byrum and husband, Jerry of Fort Worth, TX; her daughter, Denise Peach and husband, Joe of Blanchard; her son, Andrew King and wife, Laurie of Tonkawa, OK; her 6 grandchildren; her 4 great grandchildren; and numerous other relatives and friends.

To order memorial trees or send flowers to the family in memory of Claudine King, please visit our flower store.