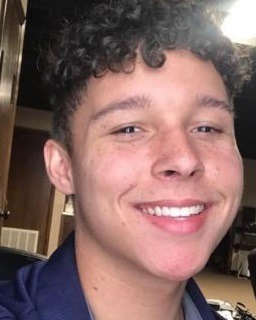 Coltt was born October 27, 2001, in Oklahoma City, Oklahoma to Jesse and Lakisha Williams.  He was raised in Macomb, graduating from high school in 2020.  Coltt continued his education in Network System Engineering at the Gordon Cooper Technology Center in Shawnee.  He worked as a Benefits Coordinator at Paycom.  Coltt enjoyed gaming, playing guitar and being outside.  When he was a little boy, he loved to play army guy and build forts.  Coltt also enjoyed playing in the creek, fishing and collecting knives, as well as riding motorcycles.  He was a proud uncle to Weston, Chloe, Jase and Levi.

Coltt is preceded in death by his paternal grandparents, Joe and Shirley Williams; and siblings, Lyzan and Neveah Williams.  Survivors include his father, Jesse Williams and girlfriend, Daiquri Shelton of Macomb; his mothers, Lakisha Williams of Oklahoma City, and Tiffany Williams of Tecumseh; his siblings, Jesse Williams and wife, Cheyanne of Choctaw, Samantha Freitas and husband, Jacob of Del City, Jaiden Williams, Jolena Williams and Robert Williams, all of Macomb, Savannah Williams and Yahai Williams, both of Oklahoma City, Ni’Klaus of West Virginia, Rafe Shelton, Shelby Shelton, and Seren Shelton, all of Duncan; his grandparents, Brenda Montgomery of Tecumseh, Bob and Anita Montgomery of Tecumseh; and numerous other relatives and friends.

To order memorial trees or send flowers to the family in memory of Coltt Everet Williams, please visit our flower store.