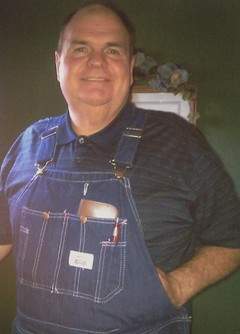 Danny was born July 29, 1958 to Lonnie and Carolyn Jane (Hamm) Skinner in Lexington, Oklahoma, where he was raised and attended school. Danny worked in construction for many years. He was baptized into the General Assembly and Church of the First Born on September 19, 1976. Danny married Barbara Simmons on November 28, 1978 in Gainsville, Texas. He loved spending time with his family, especially his grandchildren. Danny was ordained on October 6, 1992, and went on many calls for the brethern. He loved going on all the camp outs, fishing, and hunting with the brethern. He enjoyed traveling, singing, serving the Lord and helping people.

To order memorial trees or send flowers to the family in memory of Danny Skinner, please visit our flower store.