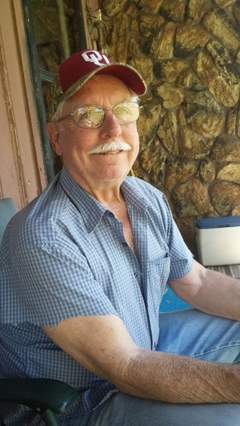 Darrel was born July 14, 1939 in Trousdale, Oklahoma to Raymond and Jessie (Williams) Hudson. He was raised and attended school in Lexington, Oklahoma. Darrel was inducted into the United States Army on January 18, 1963. He proudly served his county being honoralby discharged on December 14, 1964. He and Irene Faye Hale were united in marriage on November 1, 1968 in Vinata, Oklahoma. They were married just shy of 39 years when Irene passed in 2007. Darrel enjoyed bass fishing, camping, traveling, visiting with family and friends. He also enjoyed sitting on the front porch drinking coffee and watching cars pass the house and taking care of his puppy "Sugar".

To order memorial trees or send flowers to the family in memory of Darrel Hudson, please visit our flower store.