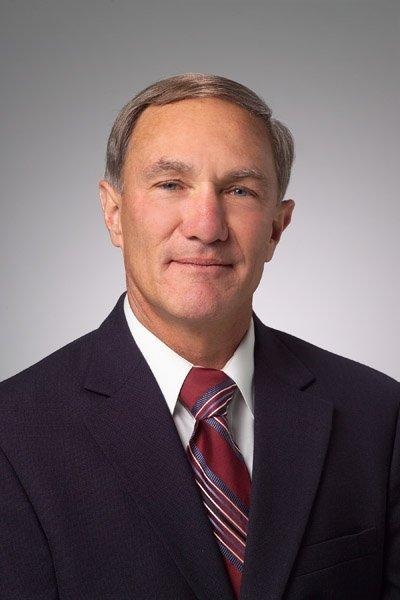 Daryl Lee Covey died December 15, 2018 at his home in Lexington at the age of 67 years 1 month 14 days. Memorial Services are scheduled for 2:00 PM, Saturday, February 23, 2019 at the First Baptist Church in Lexington, Oklahoma, entrusted to the care of Wadley’s Funeral Service.

Daryl was born November 1, 1951 in Tulsa, Oklahoma to Lenier Chester and Joyce Christell (Nickens) Covey. He was raised in Tulsa, graduating from Will Rogers High School in 1969. Growing up, Daryl loved being an Eagle Scout. He continued his education at the University of Tulsa, and the University of Oklahoma. Daryl played Alto Sax in the University band, playing in several bowl games for both Universities. For the last 30 years, he marched with the band as an alumni during the homecoming game. Daryl went to work for the National Weather Service, and during his 38 year career, he has lived in Alaska, Tennessee, Louisiana, Florida, Missouri, and Oklahoma. He earned his Master’s degree in Meteorology from the University of Wisconsin. In 1983, he married Sharon Sprague in Norman, Oklahoma. They lived in a garage apartment until they built their home. After their first child was born, Daryl and Sharon decided to buy property, build a home and raise their children in Lexington. So around Thanksgiving 1995 the family moved out on the farm. Daryl was a published author of books and magazine articles as well as an E-Letter for government employees. He has given seminars in every state in the country. Daryl was the NEXRAD radar operations manager, and was instrumental in the beginning stages of NEXRAD and Doppler development. During his career, he was awarded many awards and accommodations for government customer service, one of which was presented by the Vice President of the United States. Daryl was a member of the Lexington First Baptist Church and in the church orchestra. He helped establish the Cleveland County Rural Water District #1, and served 20 plus years on the board of Cedar Country Fire. Daryl was a band dad, and involved in any activity his kid were in. He enjoyed raising cattle, catfish, snow skiing, going on cruises. Out of all the states he visited and lived, Florida was his favorite. In his early years, Daryl and Sharon enjoyed clogging and square dancing. He loved animals, and going to tractor and farm auctions. Daryl loved going to the lake cabin, being outdoors walking around his property, and spending time with his family, especially his little Grandson.

Daryl is preceded in death by his parents, Lenier and Joyce Covey. Survivors include his wife, Sharon; his sons, David Covey and Michael Covey; his grandson, Jason Covey; his brother, Victor Covey and many other relatives and friends.

To order memorial trees or send flowers to the family in memory of Daryl Covey, please visit our flower store.