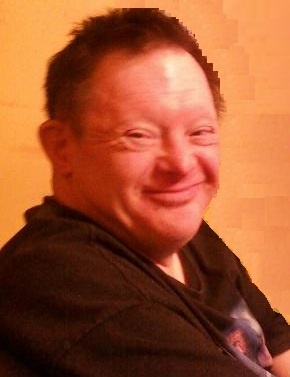 David Eugene McKiddy died December 18, 2020 in Norman, Oklahoma at the age of 65 Years 11 Months 2 Days.  Graveside Services are scheduled for 2:00 PM, Tuesday, December 22, 2020 at Red Oak Cemetery east of Noble, entrusted to the care of Wadley’s Funeral Service.
David was born January 16, 1955 in Purcell, Oklahoma to James Jr. and Agnes (Roberson) McKiddy.  He was raised and home with his parents until he was 9 years of age.  David was enrolled into the Pauls Valley State School until moving to a group home in Pauls Valley.  At the end of 2001, he moved to Oklahoma City and lived with niece, Kristie Taylor, and his sister, Sheila Taylor,  until her death in 2012.  David loved to draw, write, color and play video games of all kinds.  He was a avid OU fan as well.
David is preceded in death by his parents, James and Agnes McKiddy; his brothers, Calvin McKiddy and James McKiddy, III; and his sister, Sheila Taylor.  Survivors include his sister, Berniece Hobbs; his brothers, Clyde McKiddy and Wilbur McKiddy; his niece and caregiver, Kristie Taylor; his brother in law, Leslie Taylor; a large number of niece, nephews, great and great-great nieces and nephews; along with longtime friends,  Pleze “Tom” Dillinger, Kathy Kessler, Adam Kessler, Peggy Sensibaugh, all of which helped care for and loved David.
Special thank to OU Medical Doctors, Nurses and other staff  for all the care given to David over the years.

To order memorial trees or send flowers to the family in memory of David McKiddy, please visit our flower store.