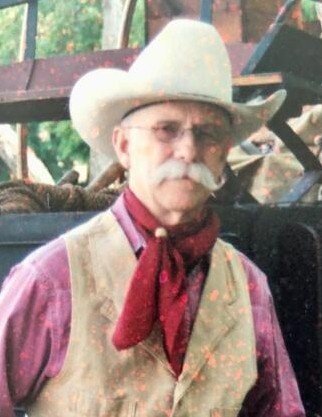 David Albert Rennie passed away on November 30, 2021 in Oklahoma City, Oklahoma at the age of 80 years 9 months 29 days.  A memorial service is scheduled for 2:00 PM, Saturday, December 11, 2021 at the First Presbyterian Church in Pauls Valley, entrusted to the care of Wadley’s Funeral Service.

David was born February 1, 1941 to David Alexander and Wenona (Hancock) Rennie.  He graduated Norman High School in 1959, where he was the school's first National Merit Scholar.   He then continued his education at the University of Oklahoma, where in 1965, he graduated with a degree in Civil Engineering. As part of OU's Army ROTC program, David then entered the U.S. Army, where he proudly served as a member of the Army Corp of Engineers. He was stationed in Germany and then Vietnam.  While stationed in Germany, David met Margaret Steele; they married and had three daughters, Meghan, Rebecca, and Keely.   David "earned his keep," as he might say, as a civil engineer, including serving as the City Engineer and then Public Works Director for the City of Norman. He was a deeply devoted Christian, and a dedicated member of First Presbyterian Church in Pauls Valley, Oklahoma.  David was also a proud Oklahoman; his grandfather and great uncles immigrated from Canada to Indian Territory, and were influential in the state's early history. He was an active member of the National Cowboy & Western Heritage Museum, as well as the Oklahoma Historical Society, and especially loved to attend cowboy poetry events.  David loved to read, particularly in the areas of Western, Texas, and Oklahoma history as well as his Bible, and freely shared his knowledge with others.  He was a teller of jokes, often salty, and a witty conversationalist, and will be deeply missed.

David is survived by his three daughter, Meghan Rennie, Rebecca Huskey and Keely Rennie-Tucker; his sons-in-law, Patrick Hook, Samuel Huskey and Shane Tucker; his granddaughter, Annabeth Hook, and many other relatives and friends.

In lieu of flowers, the family asks that you donate to the First Presbyterian Church of Pauls Valley, or the Wounded Warrior Foundation.

To order memorial trees or send flowers to the family in memory of David Rennie, please visit our flower store.