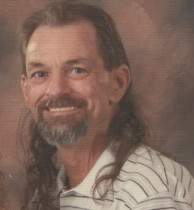 David was born January 1, 1956 in Oklahoma City, Oklahoma to Robert and Wilma (Cherry) Pickens. He was raised and attended school in Davis, graduating in 1974. On August 16, 2013, David married the love of his life, Debbie after dating for many years. He loved spending time with his family, especially his grandchildren. David enjoyed the outdoors doing things like camping, going to the lake and walking. He enjoyed traveling when he could, watching wrestling and working in the medical field. David was a Certified Nurse Aide, Certified Medication Aide and certified Physical Therapy Assistant.

To order memorial trees or send flowers to the family in memory of David "Pick" Pickens, please visit our flower store.