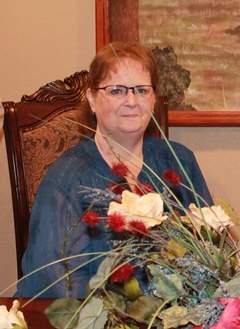 Debra "Debbie" Denise Russell died April 17, 2015 in Oklahoma City, Oklahoma at the age of 54 years 7 months 26 days. Memorial Services are scheduled for 10:00 AM, Tuesday, April 21, 2015 at Wadley’s Funeral Chapel under the care of Wadley’s Funeral Service.

Debbie was born August 22, 1960 at Camp Pendleton in Oceanside, California to James and Era Fay (Wadley) Russell. She was raised in Lathrop, Missouri graduating in 1978. Debbie moved to Purcell in January 1980 and completed her Emergency Medical Technician training in May 1980. She worked for Wadley’s Ambulance Service from 1980 to 1994 as an EMT and assisting with billing. During those years Debbie also managed the Business office for Purcell Nursing Home, Yoakum Funeral Home and McMahan’s Funeral Service. She also attended LPN school. In June 1991 she became the Office Manager for Wadley’s Funeral Service, Inc. as well as Corporate Secretary. Debbie had a caring heart and found joy in being able to comfort the numerous families over the years and assisting them during one of the most stressful times in life. In 1996, Debbie added to her work schedule by becoming a Dispatcher for the Lexington Police Department and retired in 2009, but recently went back to work doing the job she missed. She enjoyed reading, cooking, researching recipes, and spending time with her family, especially her grandchildren.

To order memorial trees or send flowers to the family in memory of Debra Russell, please visit our flower store.