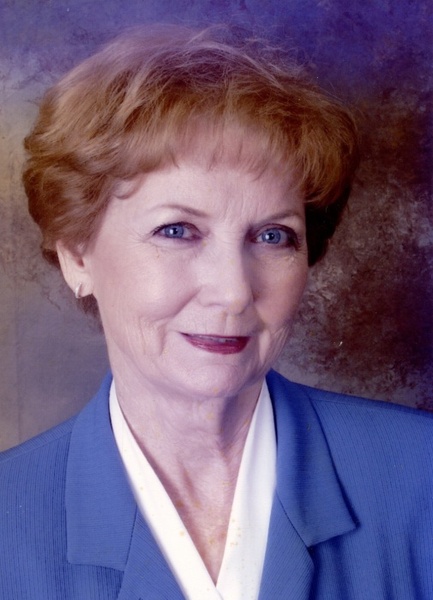 Delia Videlle (Odom) Tate passed away on Thursday, March 19, 2020 in Norman, Oklahoma at the age of 85.  Gravesite services are scheduled for 2:00 PM, Monday, March 23, 2020 at Hillside Cemetery with Phillip Johnson officiating, entrusted to the care of Wadley's Funeral Service.

Videlle was born March 29, 1934 in Lexington, Oklahoma to George Elmer and Anna (Nemecek) Odom. She grew up on her family farm southeast of Lexington, Oklahoma. Videlle graduated from Lexington High School in 1953, and was also named High School Queen. Soon after graduating, Videlle married her high school sweetheart, Jerry Anderson, at the Lexington Church of Christ, in 1955. The couple had two children and enjoyed over 20 wonderful years on their journey together before Jerry’s passing in 1975. Videlle worked at OEC Electric in Norman, Oklahoma and took several technical training courses. She worked as the Executive Secretary of the CEO, and continued working at OEC for over 21 years, retiring in 1996. Soon after retirement, Videlle obtained a real estate license from Moore Norman Technology Center, and sold a home. Videlle and Bill Tate were married in their home on September 12, 1986. She was a lifetime member of the Church of Christ, but for her adult years she was a member of Westside Church of Christ in Norman, Oklahoma for several years. Videlle enjoyed gardening, antiquing and being outdoors. She was an amazing grandmother and loved spending time with her grandchildren, family, and friends.

To order memorial trees or send flowers to the family in memory of Delia Anderson Tate, please visit our flower store.