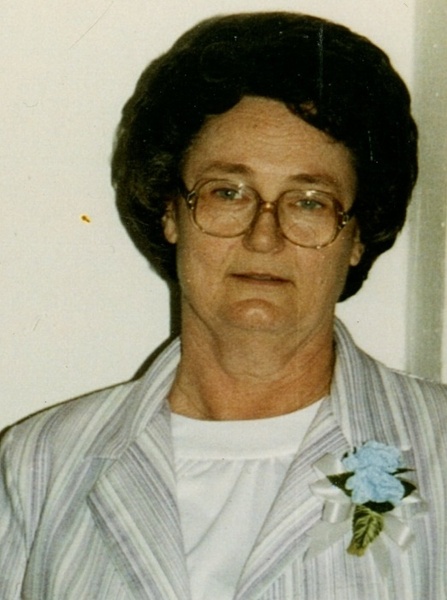 Delphia Mae Armer passed away peacefully at her home in Purcell, Oklahoma, on Sunday, March 15, 2020. Services will be scheduled at a later date, entrusted to the care of Wadley's Funeral Service.

Delphia Mae Armer was born June 12, 1932 in Ponca, Arkansas to Harley and Susie Farmer. She grew up and attended school in Arkansas. Delphia attended several Assembly of God Churches throughout her journey. She married the love of her life George Washington Armer on August 22, 1949 in Fayetteville, Arkansas. The couple raised four children and traveled to various locations throughout their journey together. Delphi was a stay at home mother until the children were gone from the roost. After the children were gone she worked at a local dry cleaner in Woodward, Oklahoma for several years. Her hobbies included spending time with her grandchildren, collecting dolls of all sorts, and spoiling her little dog. She also enjoyed reading the Bible and collecting them as well. Delphia didn’t enjoy camping much because she didn’t like the birds waking her up in the morning.

Delphia is proceeded in death by her parents, Harley and Susie Farmer; her husband, George Washington Armer; her son, Mark Armer; her sister, Dorothy Bryant; and her brothers, Albert Farmer, Lymon Farmer, Herman Farmer, and Melvin Farmer. Survivors include her brother, Gene Farmer and his wife Brenda of Larnerd, KS; her son, George Armer and wife Rita of Purcell, OK; her daughters, Patsy Wood of Woodward, OK and Roberta Miller of Odessa, TX. Delphia is also survived by her grandchildren, great grandchildren, and many other relatives and friends.

To order memorial trees or send flowers to the family in memory of Delphia Armer, please visit our flower store.