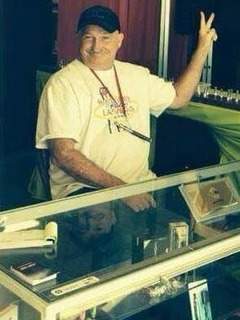 Don was born May 8, 1959 in Phoenix, Arizona to Thomas and Imogene (Coats) Reeves. He was raised and attended school in Lexington, Oklahoma. Don worked many years as a plumber. He enjoyed fishing, camping, and going to the lake. Don was a avid sports fan, especially OU football, Thunder basketball and The Dallas Cowboys. He loved spending time with his family floating the river, or just hanging out. Don loved his grandchildren and spending time with them.

To order memorial trees or send flowers to the family in memory of Don Reeves, please visit our flower store.