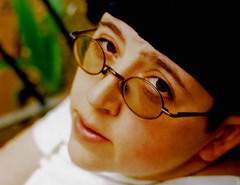 Donna was born June 14, 1977 in Lawton, Oklahoma to Donnie and Marsha (Henderson) Brown. She was raised and attended school in McLoud, graduating in 1995. Donna and Esperanza Martinez were married on March 24, 2007. She continued her education at the Seward County Community College in Leberal, Kansas, graduating with an Associates degree in Criminal Justice in 2011. Donna held several trophies as a trumpet player, has 4 Homeland Security certificates from FEMA since 2012. She was a Dallas Cowboy fan, avid true crime reader and enjoyed a wide variety of music. Donna also loved to write songs and poems, all animals and being outside.

To order memorial trees or send flowers to the family in memory of Donna Brown, please visit our flower store.