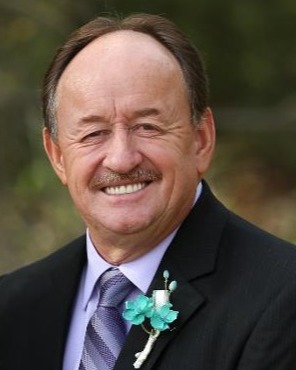 Edward Lee Manues died October 25, 2022, at his home in Lexington, at the age of 66 years 5 months 11 days.  Funeral services are scheduled for 10:00 AM, Saturday, October 29, 2022, at the Wadley’s Funeral Chapel.  Interment will follow Saturday afternoon around 2:30 at the Parkland Cemetery in Agra, Oklahoma, entrusted to the care of Wadley’s Funeral Service.

Edward was born May 21, 1956, in Dewitt, Arkansas to Robert Lee and Sylvia Mildred (Sloate) Manues. He was baptized into The General Assembly and Church of the Firstborn on September 20, 1974.  Edward married Rosella Darlene Carmichael on September 20, 1985, in Cushing, Oklahoma. To this union, two children were born: Blossom Fern (Manues) Belongie and Travin Porter Manues. Edward held different jobs in construction throughout his lifetime. He was a carpet installer, aircraft cabinet builder, window and siding installer, and maintenance man. Edward had both the gift of ministry and prophecy and labored in these gifts until the final days of his life. One of his most well-known quotes was "Sin will take you farther than you want to go, keep you longer than you want to stay, and cost you more than you want to pay." His joy was in visiting with his brethren, and he had a great love for them, and he was a lover of hospitality. Edward was well known for having weenie roasts at his and his wife's home, where his tool of implement was a pitchfork to cook all of the hot dogs. His greatest joy was his two granddaughters.  Edward loved his wife, his children, and his children's spouses, and thought of their spouses as his own. He absolutely loved to go out to his garden and pick it with his two granddaughters. Edward enjoyed fishing and hunting, especially fishing with Brother Gary Arnold. He loved going to Branson, Missouri and eating at Golden Corral with Brother Billy Jo and Sister Deanie Mannis. Edward was constantly busy with working on his house, his daughter's house, and his son's house. His wife, Rosella, wanted to note that, and I quote "He was so good to me". Throughout her life, his mission was to make his wife as comfortable as possible. Throughout her health issues, he brushed her hair, cleaned the house, fixed her dinner. "Yes dear" was Edward's answer to his wife regardless of her statement or tone.

Edward is preceded in death by his three grandsons, Jack, Jeremiah and Earnest Lee Belongie; his parents, Robert and Sylvia; his one sister, Linda Pearl; and his six brothers, Albert Carl, Donald Franklin, Bobby Joe, Billy Ray, Milton Britt and Rodney.  Survivors include his wife of 37 years, Rosella, of the home; his daughter, Blossom Belongie and husband, Chaz of Lexington; his son, Travin Manues and wife, Ashlyn, of Blanchard; his granddaughters, Levy and Violet Manues; his sister, Charlene Davenport of Pine Bluff, Arkansas; his sister-in-law, Kay Manues; and a host of other nieces, nephews, friends, and brethren.

He was a rose among the thorns, moved to higher ground.

To order memorial trees or send flowers to the family in memory of Edward Lee Manues, please visit our flower store.