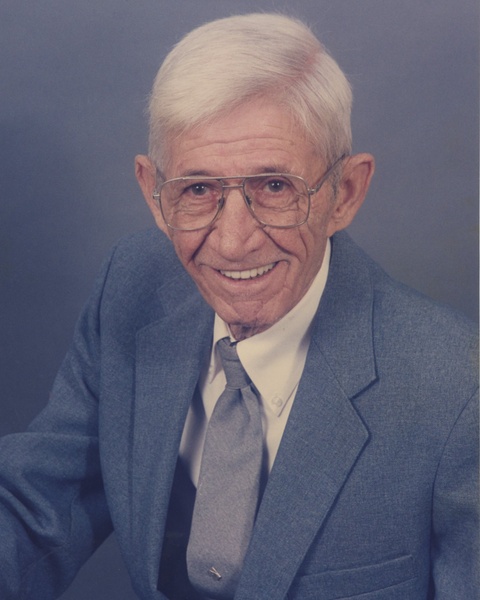 Elmer Eugene Green died September 19, 2022, in McAlester, Oklahoma at the age of 98 years 9 months 11 days.  Funeral services are scheduled for 10:00 AM, Friday, September 23, 2022, at Chaney Harkins Funeral Chapel.  Interment will follow at Arpelar Cemetery, entrusted to the care of Wadley’s Funeral Service.

Elmer was born December 8, 1923, in Whitesboro, Oklahoma to John and Sarah Neoma (Willis) Green.  He was raised and attended school in Talihina, Oklahoma.  Elmer was inducted into the United States Army on March 3, 1943, proudly serving his country during World War II.  He was assigned as part of the 692nd Tank Destroyer Battalion.  On April 28, 1945, near Wallerdorf, Germany, when a number of men were wounded, Elmer dismounted his tank destroyer and, under hostile fire, administered first aid and accomplished their evacuation.  Noticing litter bearers who were giving aid to their wounded under direct German fire, Elmer returned to his vehicle and covered them with a 50-caliber machine gun.  This act of heroism earned him a Bronze Star. During his service, he also earned a Good Conduct Medal, the WWII Victory Medal, and a few other decorations and citations.  Elmer was honorably discharged on November 5, 1945.  On June 30, 1947, he married Helen Ruth Wadley in Mena, Arkansas.  Together they raised 5 children, Diann, Bill, Pam, Kenneth and Randy.  Elmer worked a few different jobs over his lifetime, delivering for Holsom Bakery, Little Dixie and retiring in 1986 from CDI.  Elmer enjoyed fishing, hunting, camping and whittling.  He also enjoyed tinkering with things. Elmer claimed to not be a mechanic but could be found working under the hood of a car.  Elmer was an avid OSU fan, but above all else, he was a family man.  He loved spending time with any and all of his family, and when in their presence, he never lost his infectious smile.  He was of the Baptist faith, attending Hillcrest Baptist Church of McAlester as a member and deacon.

To order memorial trees or send flowers to the family in memory of Elmer Eugene Green, please visit our flower store.