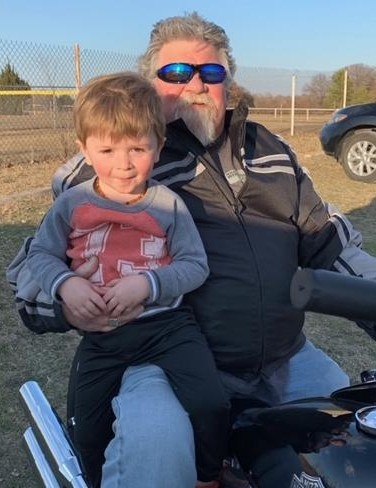 Pete was born June 5, 1959 in Lawton, Oklahoma to Burl Burton and Nina C. (Hunter) Ward.  He was raised in Lawton, graduating in 1977.  Pete became a machinist while working for Haliburton, and then began working in the oil fields.  Later he went to work for Comanche County Memorial Hospital and trained as a Respiratory Therapist.  Pete retired from Echelon Medical after working years as an R.T.  He enjoyed shooting guns, especially long distance target shooting.  Pete also enjoyed fishing and camping, but riding motorcycles was his passion.  He was a hard worker, and loved spending time with his family and friends.

Pete is preceded in death by his father, Burl Ward; his mother, Nina Rowe; his son, Trevor Ward; his brother, Daniel Ward; and his best friend, Debra “Debbie” Ward.

To order memorial trees or send flowers to the family in memory of Emmett "Pete" Ward, please visit our flower store.