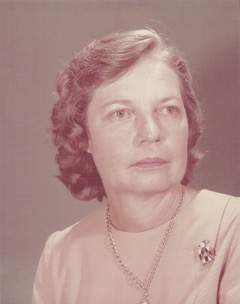 Eula was born on February 21, 1922 in Byars, OK to Charles Marion & Gertrude Mae (Pierce) Grider, the sixth of nine children. A lifetime resident of Byars until moving to Kansas in 2014 to be close to her son, Eula was a homemaker and worked as a housekeeper. On July 6, 1940, Eula was united in marriage to Kenneth Calvin Wilcox. This union lasted sixty-nine years until his death on October 10, 2009. Together they raised two children, Lavon H. and Shirley Jean. Eula loved to play dominoes and worked many a word-search puzzle. She was a wonderful cook and made the best pecan pies. She was kept busy canning produce from the gardens she and Kenneth always raised as well as canning and freezing fish from their many fishing and camping trips.

Memorials may be made to the Byars Senior Center.

To order memorial trees or send flowers to the family in memory of Eula Wilcox, please visit our flower store.