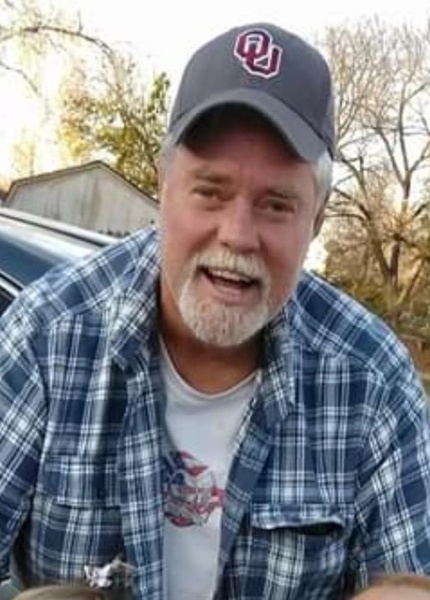 Fredrick "Fred" William Jones died April 13, 2019 in Oklahoma City, Oklahoma, at the age of 62 years 11 months 24 days. Memorial Services are scheduled for 11:00 AM, Saturday, April 20, 2019 at the Wadley’s Funeral Chapel, entrusted to the care of Wadley’s Funeral Service.

Fred was born April 20, 1956 in Fort Ord, California to Mike and Roberta (Mangum) Jones, the 4th of 5 children. He was raised in a military family, moving from post to post across the United States. The family settled in Augusta, Georgia, where Fred graduated from Butler High School in the Class of 1974.  Shortly afterwards, he moved back to Oklahoma and attended OU.  Fred made his career in the restaurant industry, managing several restaurants in Oklahoma, Texas and Georgia, and becoming a wonderful cook in the process.  Fred was a loving and hard working father, juggling unpredictable restaurant hours with childcare duties to insure that his daughters, Tori and Ali, lacked for nothing, financially or emotionally.  In 2013, Fred married Diane Botham in a mountaintop ceremony in New Mexico and they made their home in Lexington, Oklahoma.  Fred was on the Lexington City Council until his health declined.  Fred loved cooking, sampling new foods, inventing new recipes and especially planning, cooking or grilling for family gatherings and holidays.  Fred was a lifelong sports fan, playing baseball and football during his school years and enjoying all sports, especially anything OU, on television.  In the spring of any year, Fred could always tell you exactly how many days remained until the start of the OU football season.  More than anything else, Fred loved spending time with his family, near and far, often chatting on the phone for hours.  He was a very active and supportive grandfather and played a huge role in the lives of the 7 grandchildren who called him “Papa”.

A memorial celebration of Fred’s life will also be held in Augusta, GA at a later date, TBA.

In lieu of flowers, donations may be made to the St Baldrick’s Foundation, funding childhood cancer research (stbaldricks.org), a cause supported by Fred and his family for many years.

To order memorial trees or send flowers to the family in memory of Fredrick "Fred" Jones, please visit our flower store.