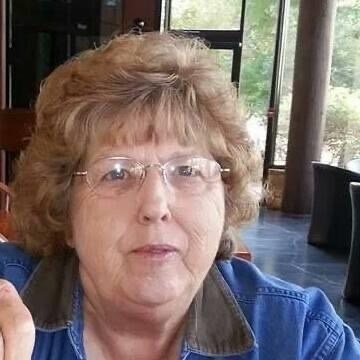 Georgia Mae Manning died June 1, 2020 in Lexington, Oklahoma at the age of 77 years 2 days.  Gravesite Memorial Services will be held 11:00 AM, Saturday, June 13, 2020 at the Wanette Cemetery Chapel, entrusted to the care of Wadley’s Funeral Service.

Georgia Mae was born May 30, 1943 in Wanette, Oklahoma to Rufus Loy and Julia Mae (Wright) Keesee.  She was raised in Wanette, graduating in 1961.  On January 8, 1962, she married the love of her life, John Sidney Manning.  They had been lifelong friends since she was 6 years old. The couple had two sons, Ron and Randy.  They  made their home in Wanette, where they were  members of the Pentecostal Holiness Church.  Georgia Mae worked as the High School Secretary for Wanette Public Schools until 1981, when the couple moved to Norman.  In 1997 they settled in Moore, where Georgia Mae worked as a tag agent until her retirement.  They were members of the West Side Church of God.  Georgia loved going to church, playing piano and singing.  Often times she and her sons would play and sing when they had family gatherings. In 2005, after John retired, they moved to Council Hill, Oklahoma.  After John’s death, Georgia moved back to Noble, Oklahoma to be near her family.  At the time of her death, she had been a resident of the Lexington Nursing Home.  Georgia Mae was a huge Elvis fan and she enjoyed writing poems.  She also liked to sew, crochet and do crafts.  Georgia Mae loved her family, and enjoyed going to sporting events and musical performances of her kids and grand-kids.  She also loved her little dog, Kelso.

Georgia is preceded in death by her parents, Rufus and Julia Mae Keesee; and her husband of 51 years, John Sidney Manning. She is survived by her sons, Ron Manning and significant other, Sharon Smith of North Carolina, Randy Manning and wife, Melody of Washington; grandsons, John “Jaycee” Manning, Bryan Manning, Colton Manning, all of Norman, Cody Manning and wife, Shannon of Washington, Colin “CJ” Manning of Norman; great grandson, Calvin Manning of Norman; and many other relatives and friends.

To order memorial trees or send flowers to the family in memory of Georgia Manning, please visit our flower store.