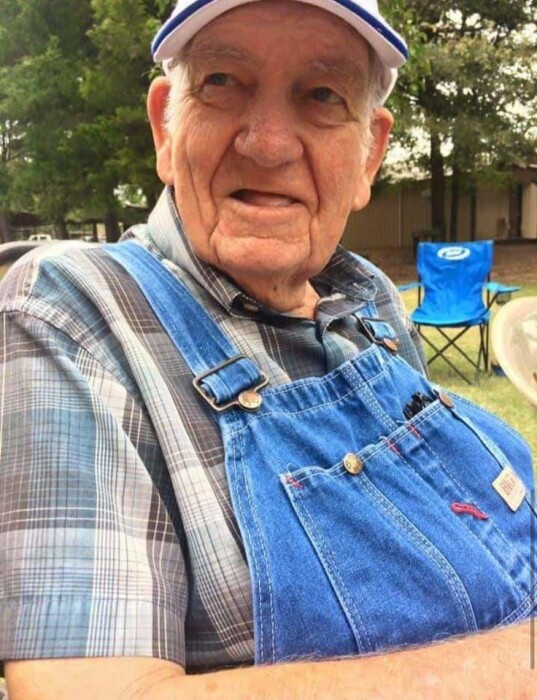 Gerald was born September 29, 1932 in Dustin, Oklahoma to Truman and Adella (Brown) Freeman.  He was raised and attended school in Spiro, Oklahoma.  March 26, 1952, Gerald was inducted into the United States Army.  He proudly served his country during the Korean Conflict and was honorable discharged on March 25, 1955. On October 22, 1955, he married Georgia Baughman, and have been together for a little over 65 years.  Gerald held many jobs during his life.  He owned his own sawmill for many years which he loved.  After his retirement, he worked for Wal-Mart as a greeter until May of 2012.  Gerald enjoyed riding in a boat, fishing.  He never met a stranger and loved to talk about any and everything.  Gerald loved spending time with his family, especially his grandchildren.  He loved children and felt responsible for all he knew.

To order memorial trees or send flowers to the family in memory of Gerald Freeman, please visit our flower store.