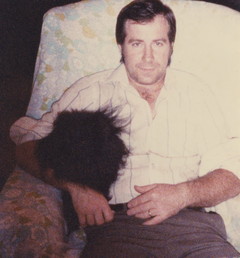 Harold Eugene Browning went to be with his Heavenly Father on August 27, 2016 at the age of 69 years 7 months. Memorial Services are scheduled for 7:30 PM, Saturday, September 3, 2016 at the Sanctuary Church in Lexington, Oklahoma. Services are entrusted to the care of Wadley’s Funeral Service.

Harold was the 4th child of 14 born to Delbert and Osceloa Browning in Peppertown, Indiana on January 27, 1947. In 1964 he married his beloved wife of 52 years, Shelia Kay Browning. He was the loving father of two children, Kevin Eugene Browning of Oklahoma City and Kelly Ann Browning Spiker of Purcell. He was the grandfather of 2 grandsons, Charles Michael Browning, Chandler Anthony Browning; 2 granddaughters, Jenevieve Anna Spiker and Rebekah Kay Spiker; great grandfather of 4, Nathanael, Savannah, Elliott and Christopher.

Harold learned his trade of carpet mechanic from his father-in-law and also built homes. He enjoyed traveling, fishing, vehicles and was a huge sports fan, especially the Denver Broncos. He is preceded in death by his parents, 6 siblings, and his mother and father-in-law.

To order memorial trees or send flowers to the family in memory of Harold Browning, please visit our flower store.