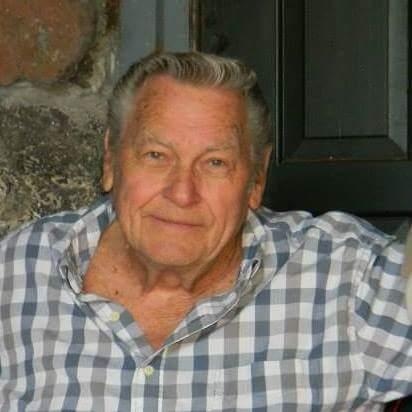 Jim was born February 18, 1934 in San Diego, California to Harold William and Mary Josephine (Hatton) Bratt. He was raised and attended school in California. Jim was inducted into the United States Navy on August 24, 1951, proudly serving during the Korean Conflict. He was honorably discharged on February 24, 1955. Jim married Lilyan (Howard) Bratt on September 21, 1952. Jim worked as a fire fighter for Spring Valley Fire in California until his retirement in 1983. He moved his family to Oklahoma in 1993, following a job in aerospace. Jim and Lilyan were married for 44 years before Lilyan’s passing in May 1996. Jim worked for the Delta Public Transit, where he met Connie Love. They were united in marriage on November 11, 2011 in front of the Delta Office in Purcell, Oklahoma. Jim loved being a firefighter and talked about it often. He enjoyed dancing, tinkering and rebuilding automobiles. Jim was a hard worker, and enjoyed spending time with his family. He also enjoyed traveling in his early years, and took great pride in his hair.

To order memorial trees or send flowers to the family in memory of Harold "JIM" Bratt, please visit our flower store.