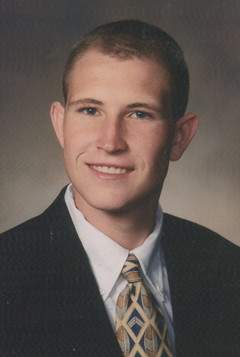 Heath was born May 12, 1979 in Purcell, Oklahoma to Pat Pope and Sherry Jean (Murray) Prader. He was raised in Noble, graduating in 1998. Heath continued his education at OSU. Heath played football in highschool and then wheelchair basketball in college. He was a huge sports fan, especially OU Football. For the last 14 years, Heath’s dog Barkley was his favorite companion. Heath also enjoyed hunting deer with his dad and papa, going to the lake, tubing, and cooking out with family and friends. He also enjoyed going target shooting and four wheeling with his friends at his uncle's farm. Heath was a history enthusiast and loved watching the History Channel. He was a member of the Wayne Church of Christ.

To order memorial trees or send flowers to the family in memory of Heath Pope, please visit our flower store.