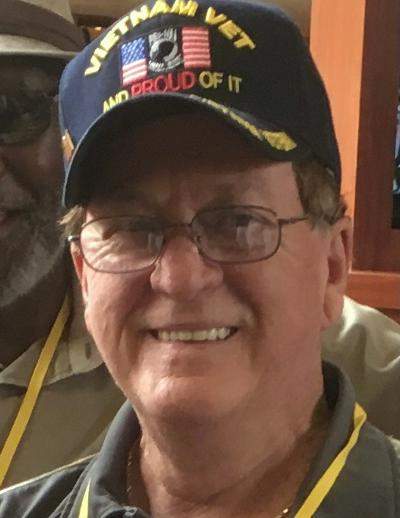 Jerry Eugene Dover died September 22, 2021 in Norman, Oklahoma at the age of 76 years 2 months 7 days.  Graveside services are scheduled for 11:00 AM, Monday, September 27, 2021 at Hillside Cemetery in Purcell, Oklahoma, entrusted to the care of Wadley’s Funeral Service.

Jerry was born July 15, 1945 in Norman, Oklahoma to Westley and Hazel Pauline (Jones) Dover.  He was raised in Purcell, graduating around 1963.  Jerry continued his education at Okmulgee Technology Center until he was drafted into the United States Army on November 27, 1967.  He proudly served during Vietnam, earning a Purple Heart and other medals and badges.  Jerry was honorably discharged on August 27, 1969.  After returning to Oklahoma, and attended Oscar Rose College in Midwest City, earning his Associates degree in Business and Accounting.  Before Jerry retired, he worked for the University of Oklahoma for many years doing maintenance and roofing.  He enjoyed bowling, playing pool, playing and watching softball, and cars, especially Corvettes.  Jerry attended the Moose Lodge in Norman and was known to enjoy a good beer.  He loved spending time with his family and friends.  On June 15, 2019, Jerry married Vickie Jean Brooks in Midwest City, Oklahoma.  They made their home in Norman.

Jerry is preceded in death by his parents, Westley and Pauline Dover; his aunt, Julia Brokaw; and his brother-in-law, Richard Stockdale.

To order memorial trees or send flowers to the family in memory of Jerry Dover, please visit our flower store.