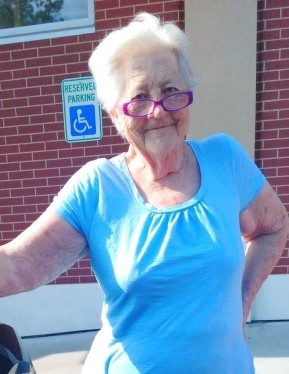 Jessie was born October 3, 1942 in Purcell, Oklahoma to Jess Wilbert and Ollie Lee (McEwin) Barnes. She was raised in the Purcell area, graduating from Wayne in 1960. On October 25, 1967, she married Lonnie Martin in Oklahoma City, Oklahoma. They were together for 48 years before Lonnie passed away in 2015. Jessie enjoyed collecting Hippopotamus’, playing cards, and watching Cash Cab on television. She loved spending time with her family, especially her grandchildren and great grandchildren.

To order memorial trees or send flowers to the family in memory of Jessie Martin, please visit our flower store.