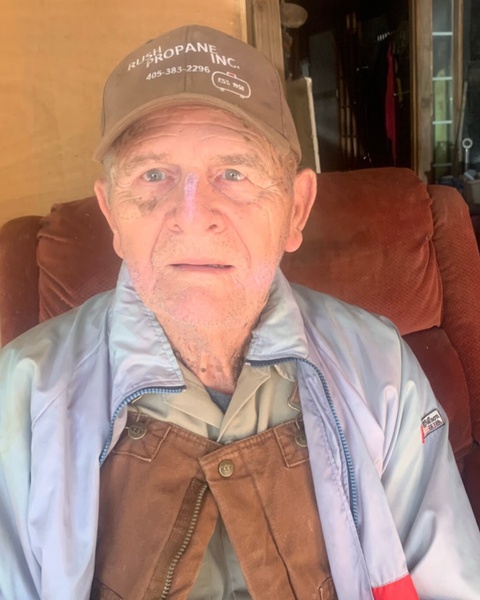 John Robert Farley died August 10, 2022, in Lexington, Oklahoma at the age of 86 years 4 months 16 days.  Memorial Services are scheduled for 10AM, Friday, August 19, 2022, at Wadley’s Funeral Chapel, entrusted to the care of Wadley’s Funeral Service.

John was born March 25, 1936, in Stratford, Oklahoma to Charles and Minnie (Martin) Farley.  He was raised in Stratford, graduating in 1954.  John was inducted into the United States Army, proudly serving his until he was honorable discharged.  He continued his education at Oklahoma State University, majoring in drafting.  John worked many years at American Millwork as a draftsman.  He loved woodworking, farming and spending time with his family, especially his grandkids.  John was a hard worker and was known to be ornery from time to time.

John is preceded in death by his parents, Charles and Minnie Farley; his wife, Sandra Farley; his brother, Bill Farley and wife, Christine; and his brother-in-law, Jimmy Baysinger.  Survivors include his son, John Farley II and wife, Melissa; his sister, Reba Baysinger; his grandchildren, Kaitlyn Bowen and husband, Brandon, Tyler Farley, Hayden Farley, Sylvia Farley; and his stepdaughters, Michelle West and husband, Johnny, Savanna Cleveland; and numerous other relatives and friends.

To order memorial trees or send flowers to the family in memory of John Robert Farley, please visit our flower store.