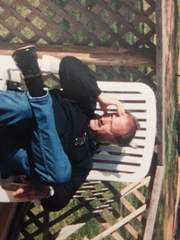 Ronnie was born November 1, 1947 in Saxton, Missouri to Wiley Argus and Elizabeth Juanita (Jenkins) Looper. He was raised and attended school in California. Ronnie married his sweetheart since kindergarten, Joyce Hendricks on May 22, 1964. He worked many years as a Drywall finisher as well as a minister, and enjoyed preaching. His passion was cars. Ronnie enjoyed collecting, fixing and racing cars, especially his Charger and Challenger. He also loved to watch car races and going to car shows. He collected shirts from all the classic car shows. Ronnie enjoyed playing the guitar and singing, being outdoors and spending time with his grand and great-grandchildren at family gatherings.

To order memorial trees or send flowers to the family in memory of John Looper, please visit our flower store.