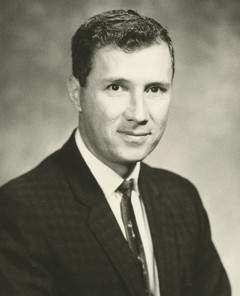 Johnnie was born September 16, 1932 in Des Moines, Iowa to Elmer and Vinita (Barefiled) Methvin. He was raised in the Dibble area, graduating in 1950. Johnnie married Kie in February 1953 in Colby, Japan. They lived in California, Colorado, Nebraska, before settling in Oklahoma. Johnnie retired from the United States Air Force and became a Real Estate Developer. He enjoyed playing Golf, Pool, Cards, which he was very goodt. Traveling and going to the beach, spending time with his family, watching sports on TV and reading where some of his favorite past-times. Johnnie was of the Baptist faith and attended Highland Park Baptist Church.

To order memorial trees or send flowers to the family in memory of Johnnie Methvin, please visit our flower store.