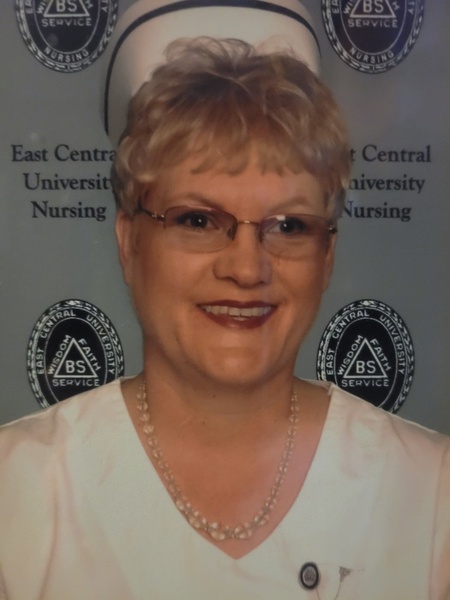 Judy was born June 13, 1960, in Oklahoma City, Oklahoma to Ronald and Dona (Gayman) Lytle.  She was raised in Bethany, graduating from Putnam City West High School in 1978.  On July 8, 1978, she married John Smith in Bethany.  Judy raised her family and returned to school where she earned her Bachelor’s in Nursing from ECU and becoming a Registered Nurse.  She worked in healthcare, before going to work for the Department of Human Services as an Intake Coordinator, which she really enjoyed.  Judy liked spending time at the lake with John and her family, especially at Lake Eufaula, where she spent much of her time at her family’s lake house growing up.  Later in life, buying another place to continue making memories with her family and friends. She loved swimming, spending time on the pontoon boat “Looney Toon”.  Judy enjoyed riding motorcycles, vacationing in Colorado and New Mexico, and camping.  She enjoyed cooking, especially at holidays, and having family fish fries.  Judy loved spending time with her family, especially her grandchildren.

Judy is preceded in death by her father, Ronald Lytle.  Survivors include by her mother, Dona Lytle of Blanchard; her husband of almost 44 years, John Smith of the home;  her son, Shawn Smith and wife, Lucinda of Little Axe; her son, Zachary Smith of the home; her son, Ethan Smith and wife, Hotona of Wanette; her 7 grandchildren, Demi Brewer, Autumn Brewer, Austin Brewer, Micheal Smith, Oudrina Smith, Luke Smith, Jedha Smith; her brother, Ronald “Ed” Lytle of Oklahoma City; her brother, Tim Lytle of Blanchard;  and numerous nieces, nephews and other relatives and friends.

To order memorial trees or send flowers to the family in memory of Judy Smith, please visit our flower store.