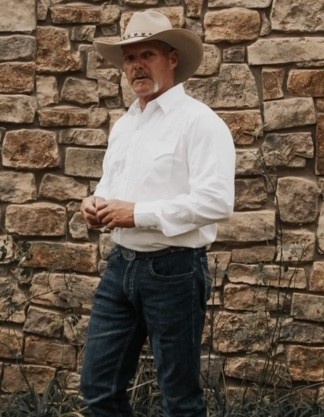 Karl W. Nelson died September 7, 2020 in Wanette at the age of 53 years 4 months 13 days.  Memorial Services are scheduled for 10:00 AM, Wednesday, September 16, 2020 at the First Baptist Church in Lexington, with Pastor Clyde Lindsey officiating.  Services are entrusted to the care of Wadley’s Funeral Service.
Karl was born April 25, 1967 in San Diego, California to Robert and Angela (Kowarik) Nelson.  He was raised in San Diego, graduating from Patrick Henry High School in 1985.  While in school Karl was involved in soccer and  hockey.  On October 15, 1986, Karl was inducted into the United States Army.  During his service, he was stationed in Panama and was part of Operation Just Cause.  Karl was a Crewchief, Mechanic and Gunner on Black Hawk helicopters, and was awarded many awards, ribbons and badges.  Some of them include, the Army Service Ribbon, the Army Good Conduct Medal, the Aircraft Crew member Badge, the Army Achievement Medal, the Sharpshooter Badge with a Rifle, and the Expert Badge with Grenade Component Bar.  He was honorably discharged on October 14, 1989.  Karl later moved to Colorado, for a short period.  While there he found a love for mountain biking and rock climbing.  Karl’s path changed and he found himself in Oklahoma, where he met the love of his life, Tammy.  They were married on April 16, 2004, and started working on a full house.  Karl added horse shoeing to his career in the early 2000's.  Karl and Tammy made the Asher/Wanette area their home in 2007, and were members of the Wanette Baptist Church.
Karl is preceded in death by his maternal grandparents, Alois and Marie Souckova Kowarik; and paternal grandparents, Karl and Ina Nelson.  Survivors include his parents, Robert and Angela Nelson of San Diego, CA; his wife, Tammy Nelson of Asher; his sons, Clarence Standridge and wife, Amanda of Edmond, Jake Nelson of Wanette; daughters, Vallery Abma and husband, Mark of Newalla, Fantasia Nelson of Asher, Brittany Boren and husband, Logan of Shawnee; his sister, Kristina Nelson Lopez of Santee, CA; 11 grandchildren, 1 great grandchild, 9 nieces and nephews, and many other relatives and friends.

To order memorial trees or send flowers to the family in memory of Karl Nelson, please visit our flower store.