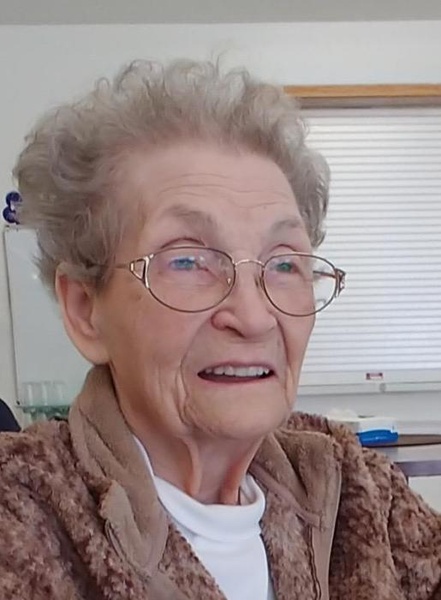 Kathren Louise Hill went to be with her Lord and Savior on September 10, 2019, at the age of 89 years 5 months 24 days. Graveside services are scheduled for 10:00 AM, Friday, September 13, 2019 at Cloud Chief Cemetery near Gotebo, Oklahoma, entrusted to the care of Wadley’s Funeral Service.

Kathren was born March 17, 1930 in Cloud Chief, Oklahoma to John Thomas and Edna Mae (Walker) Harden. She was one of five children born from this union. After a brief courtship, Kathren was joined in a matrimonial union with John Willie Hill on April 11, 1948 in Rocky, Oklahoma. From this union four children were born. Kathren was a devout Christian, loving mother, grandmother, great grandmother, and great-great grandmother. She enjoyed spending time with her family, reading and watching basketball.

To order memorial trees or send flowers to the family in memory of Kathren Hill, please visit our flower store.