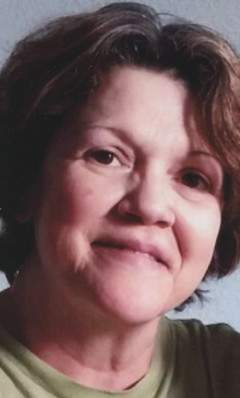 Kathy was born March 6, 1961 in Summersville, West Virginia. One of eleven children born to Charles and Lucille (Vandall) Sanford, 7 boys and 4 girls. She was raised in Nallen, West Virginia, attending school in Lookout, West Virginia. At the age of 15, she married her high school sweetheart, Jackie Simms. Jackie was in the air force and was stationed in Oklahoma City shortly after they wed. After a few years, the marriage ended, but Kathy found Oklahoma to be her home and remained here. She later married Daniel Hoepfer and was blessed with 3 children, all of whom she adored. She treasured being a mother and found it to be one of her greatest accomplishments. Kathy enjoyed telling countless stories about her kids childhood. Later in life, God blessed Steve Woodman of Minnesota with Kathy’s love. The relationship wasn’t meant to be and the two divorced. During that time, Kathy began her career of over 15 years with 7-eleven where she became an assistant manager. She was a hard worker with impeccable work ethic. She took pride in everything she did, always giving 110%. Kathy has made many lasting friendships with her co-workers and customers. She was adored by many. In May of 2007, Kathy met Dale Beaver, and the two dated casually for a while, and then in January 2008, decided to share a home in Lexington. Their relationship continued to grow, and on March 6, 2011, Kathy’s 50th birthday, Dale proposed, and Kathy accepted. Though the two never married, they were each others blessing. Being a grandmother was her favorite hobby. Kathy was of the Baptist faith.

To order memorial trees or send flowers to the family in memory of Kathy Woodman, please visit our flower store.