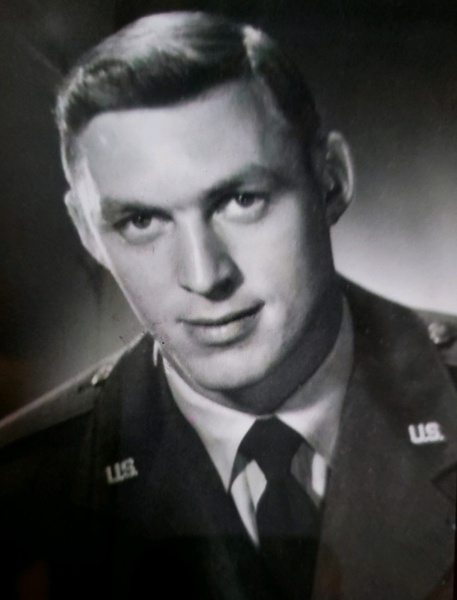 Kenneth Earl Wilk died May 18, 2020 in Norman, Oklahoma at the age of 90 years 2 months 14 days.  In keeping with Ken’s wishes, his family will celebrate his life at a private mountain side ceremony, entrusted to the care of Wadley’s Funeral Service.
Ken was born March 4, 1930 in Keyesport, Illinois to Earl Clifton and Dott Melvina (Weraitt) Wilk.  He started school in Vandalia, Illinois, but spent most of his childhood years in Champaign, Illinois, where his parents lived on the campus of the University of Illinois.   Ken graduated from Champaign High School in 1948, where he excelled in baseball and basketball.  He was also a member of 1947 Illinois High School Basketball Hall of Fame.  Ken continued his education, graduating from the University of Illinois in 1952 with a BS degree in Physics and Chemistry, and with an Air Force commission in ROTC.  He was inducted into the United States  Air Force in August of 1952.  Ken also graduated from Penn State University with a BS in Meteorology.  At that time, he volunteered an for overseas assignment and joined the 28th Weather Squadron in East Anglia, England, serving as a weather forecaster in support of the 78th and 82nd fighter-bomber squadrons.  He was honorable discharged from the military in July 1956, where he joined a weather radar research group at the University of Illinois.  His job included evaluating state of the art airborne cloud detection radar systems and then conduct research on hailstorms and their radar signatures.  In 1959, Ken married a co-worker, Ruth Byrd of Kansas City.  They were together 54 years when Ruth died in 2014.  In 1962, they and their son, John Henry Wilk,  moved to Norman, Oklahoma to help establish the first National Severe Storms Laboratory.  In 1964, their daughter Jennifer Louise Wilk was born.  As manager of NSSL’s Operations Group, Ken led numerous projects to improve radar displays of weather for the Federal Aviation Agency.  In 1979, he began management of the first tests of the Next Generation Doppler Radar (NEXRAD), which now provides most of the severe storm warnings in the US.  His research in Weather Radar applications has been widely published in Conferences, and his technique to track storms and predict their future locations is currently a mainstay in televised storm warnings.
Ken is preceded in death by his parents, Earl and Dott Wilk; his wife, Ruth Wilk.  He is survived by his  adoring children, Vince of Kansas City, Missouri; John and his wife, Kathy of Washington, Oklahoma; and Jennifer and her husband, Curtis Price, of Fort Bragg, North Carolina; numerous grandchildren, great grandchildren; and a sister.

To order memorial trees or send flowers to the family in memory of Kenneth Wilk, please visit our flower store.