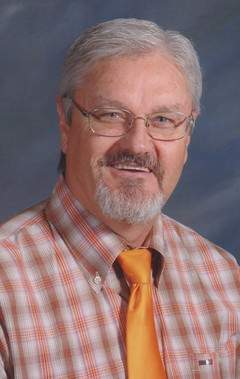 Kirk was born June 30, 1956 in Bonham, Texas to Jess David and Janice (Brown) Jones. He was raised in Bonham, Texas, graduating around 1974. Kirk continued his education at Ouchita Baptist College, and then earning his Masters degree from South Western Theological Seminary. He was the Pastor of First Christian Church in Ada, Oklahoma. Kirk also enjoyed his second vocation, teaching. He was a teacher for Lindsay Public Schools. On December 9, 2006 he married Jennifer Prince, in Texas. They made Purcell their home 3 years ago, moving from Texas. Kirk was a Master Scuba Diver Instructor and enjoyed bow hunting. He also enjoyed golfing, and recently served as Marshall for the US Senior Open in Edmond. Kirk spoke fluent swahili, and was a missionary in Africa for over 10 years. He loved spending time with his kids and grandkids.

Kirk is preceded in death by his father, Jess Jones; and a brother, Chris Jones. Survivors include his wife, Jennifer, of the home; mother, Janice Millhollon and husband, Joe of Bonham, Texas; children, Nick Jones and wife, Paige of Greenville, Texas, Rachel O’Dell and husband, Jason of Greenville, Texas, Jackie Keicker and husband, Shawn of Winona, Minnesota, Katie Jones of Tyler, Texas, William Markham of Norman, Oklahoma; grandchildren, Lydia, Levi, Samuel, Benjamin, Mylah, and 1 on the way; siblings, Roy Jones of Wolf City, Texas, Loy Jones and wife, Carrie Ann of Fort Worth, Texas, 10 nieces and nephew, and numerous other relatives and friends.

To order memorial trees or send flowers to the family in memory of Kirk Jones, please visit our flower store.