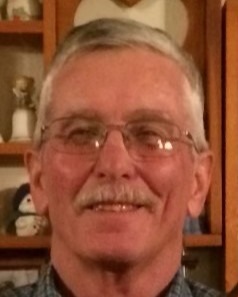 Larry Carson Lambdin died December 1, 2022, in Noble at the age of 72 years 17 days.  A family Celebration of Life is scheduled for a later date.

Larry was born November 15, 1950, in Purcell, Oklahoma to E.C “June” and Betty Lee (Houston) Lambdin.  He was raised in the Lexington area, graduating from Lexington School in 1969.  Larry was inducted into the United States Army on July 31, 1970.  He was transferred into the Army Reserves and was honorably discharged on March 18, 1976.  Larry has worked various jobs over the years, such as truck driving and more recent at Johnson Controls in Norman.  He married Kathy Tilson on December 8, 1995, in Purcell, Oklahoma. They made their home east of Lexington.  Larry enjoyed reading the paper and drinking coffee with the guys at Carl’s Jr, as well as watching deer from his tree stand, hanging out on his farm and gardening.  He also enjoyed fixing things with his brother Gary Don.

To order memorial trees or send flowers to the family in memory of Larry Carson Lambdin, please visit our flower store.