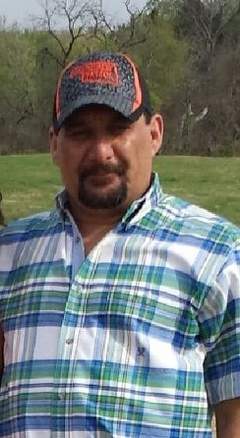 Larry was born April 20, 1966 in El Centro, California to Carroll and Dorothy (Fox) Martin. The family moved to Purcell in 1977, where Larry graduated from high school around 1984. Larry enjoyed fishing, working on vehicles, yard work, anything outdoors and spending time with his grandchildren.

Larry is preceded in death by his father, Carroll Martin; ex-wife and friend, Gina Bryant Martin; an infant son in 1985 and numerous aunts and uncles. Survivors include his son; Bryant Martin and Becky; grandchildren, Kylee Barrett and Kambree Martin; Mother, Dorothy (Fox) Martin; brother, Tom Martin; nephew, Nick Martin and Alex, and numerous aunts, uncles and other relatives and friends.

To order memorial trees or send flowers to the family in memory of Larry Martin, please visit our flower store.