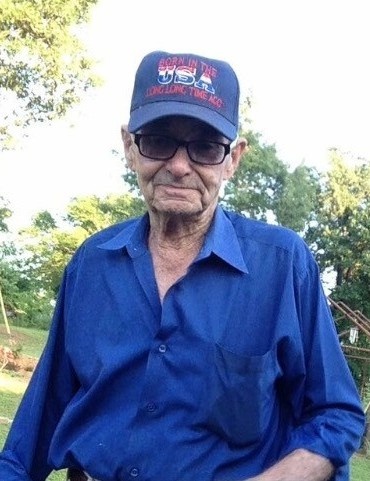 Len was born October 26, 1929 in Hobart, Oklahoma to Samuel and Daisy (Keller) Slate.  He was raised and attended school in Texas and Oklahoma.  On October 14, 1949, he married Wanda Jean O’Bryant in Wichita Falls, Texas,  and were married for 52 years before Wanda passed in 2001.  Len and Wanda made Norman their home in 1962.   Len worked many jobs during his life including supervising the Atoka pipeline, working for the City of Norman, and owning his own business.  In 1972, the family settled in Noble.  On September 10, 2004, Len married Evelyn Nesom in Slaughterville, Oklahoma, and just celebrated 17 years together.  Len was a hard worker, and spent his weekends relaxing.  He enjoyed buying, rebuilding and selling cars, spending time with his family, and playing dominos.

Len is preceded in death by his parents, Samuel and Daisy Slate; his wife, Wanda Slate; his daughters, Lynda Kinney, Brenda Songer; his grandson, Samuel Slate; and his stepson, Jacob Creamer.

To order memorial trees or send flowers to the family in memory of Leonard "LEN" Slate, please visit our flower store.