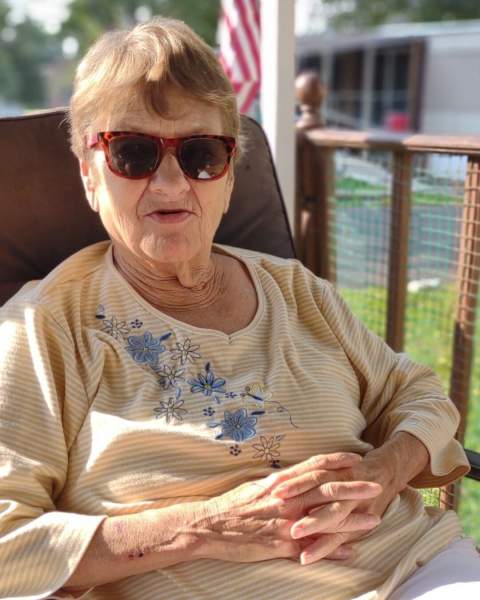 Lila Lynne Bradshaw died September 3, 2022, in Noble, Oklahoma at the age of 69 years 5 months 10 days.  Memorial Services are scheduled for 11:00 AM, Thursday, September 8, 2022, at the Noble Assembly of God Church, entrusted to the care of Wadley’s Funeral Service.

Lila was born March 24, 1953, in Warren, Ohio to Benjamin Rickard and Mildred Duganne.  She was raised in Youngstown, Ohio and graduating from Hanoverton, Ohio in 1971.  Lila married Robert Moon on December 15, 1971, in Youngstown, Ohio, and raised 4 sons before they separated around 1985.  Lila then moved to Oklahoma where she married Robert Bradshaw on November 7, 1987, in Norman.  They were together for 19 years before Robert passed in 2006.  Lila enjoyed crocheting, sewing, and giving her creations as gifts.  She enjoyed witnessing and sharing her love for Christ at every opportunity.  Lila worked as an LPN in Healthcare, but most recently at LARC in Lexington, where she witnessed to those incarcerated.  Lila loved spending time with her family. She was a member of the Pleasant Valley Church in Niles, OH, and attended Noble Assembly of God.

To order memorial trees or send flowers to the family in memory of Lila Lynne Bradshaw, please visit our flower store.