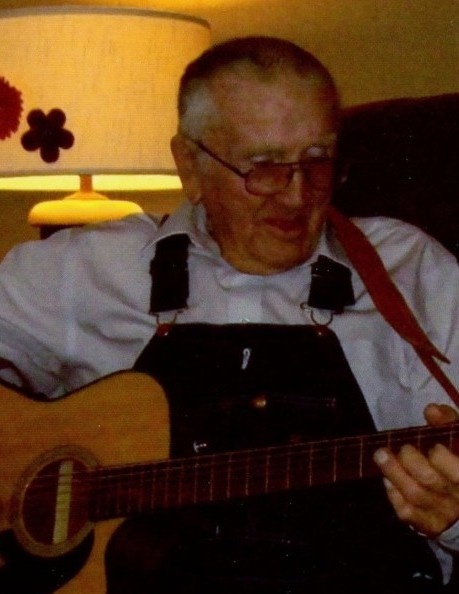 Logan was born April 15, 1927 in Mountain View, Arkansas to Arlis C. And Iva B. (Powell) Tilley. He was raised in the Purcell area, attending Fairview Grade School. In 1945, Logan married Rosie Jones. Logan was inducted into the United States Army on May 2, 1946. He proudly served his country during World War II, being honorably discharged on October 8, 1947. Logan worked in the oil field in his younger years. He went to work for Tinker Air Force Base as a Machinist and retired in 1989. Logan enjoyed playing the guitar and singing. He loved spending time with his family, going camping, fishing, and going out on the boat at the lake.

To order memorial trees or send flowers to the family in memory of Logan Tilley, please visit our flower store.