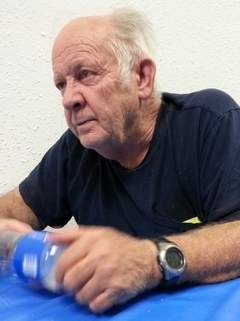 Lonnie Sylvester Martin died December 24, 2015 in Davis at the age of 74 years 7 months 9 days. Funeral Services are scheduled for 2:00 PM, Wednesday, December 30, 2015 at Wadley’s Funeral Chapel with interment to follow at Hillside Cemetery.

Lonnie was born May 15, 1941 in Haileyville, Oklahoma to John and Mary (South) Martin. He was raised and attended school in Hartshorne, Oklahoma. Lonnie married Jessie M. Barnes on October 25, 1967 in Oklahoma City, Oklahoma. He loved working on cars, mowing grass and playing with his grandchildren.

To order memorial trees or send flowers to the family in memory of Lonnie Martin, please visit our flower store.