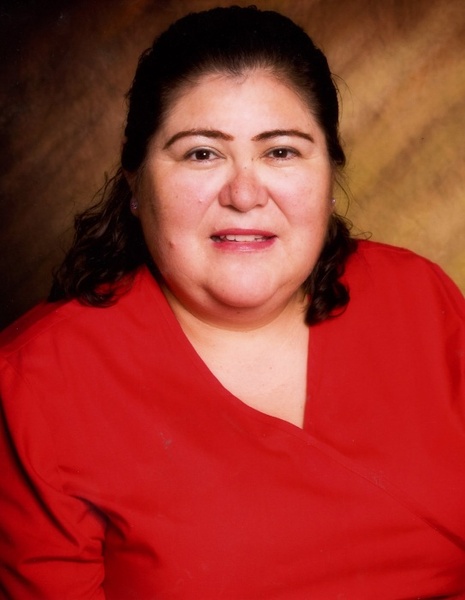 
Lorena Cervantes Mendoza died April 12, 2021 in Norman, Oklahoma, at the age of 50 years 6 days.  A Funeral Mass is scheduled for 11:00 AM, Friday, April 16, 2021 at Our Lady of Victory Catholic Church in Purcell, Oklahoma. Interment will follow at the Hillside Cemetery, entrusted to the care of Wadley’s Funeral Service.

Lorena was born April 6, 1971 in Zimapan, Hidalgo, Mexico to Tiburcio Cervantes Munoz and Irene  Chavez Ramirez. She was raised in Mexico and attended school there before coming to the United States to work. Lorena most recently worked as a CNA with Alera Home Health .  She married Andres Mendoza Felipe on May 15, 2015 and they made their home in Lexington, Oklahoma. Lorena enjoyed spending time doing things with her family like going out to eat, traveling, and watching her children play sports. She also liked to spend time tending to her flowers, taking walks, and listening to music.

To order memorial trees or send flowers to the family in memory of Lorena Mendoza, please visit our flower store.