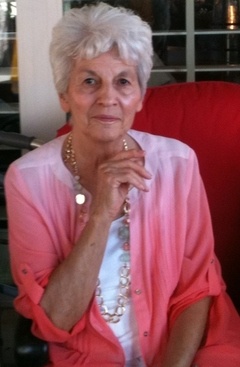 Lorrie was born July 13, 1933 to Grossa Scruggs and Margaret Isabella (Rumbach) Bedker in Holcomb, Kansas. She was raised and attended school in Garden City, graduating around 1951. On June 11, 1952 she married Raymond Paul Ardery in Raton, New Mexico. They made their home around Copeland, Kansas. After Raymond died in 1973, Lorrie took care of the farm and the family, before moving to Garden City, Kansas in 1985. Around 1993, she made Lexington, Oklahoma her home. Lorrie loved her family and spending time with her kids and grandkids. She also enjoyed cooking, baking, gardening, working puzzles and antiquing. Lorrie was of the Catholic faith and attended Our Lady of Victory Catholic Church.

To order memorial trees or send flowers to the family in memory of Loretta "Lorrie" Ardery, please visit our flower store.